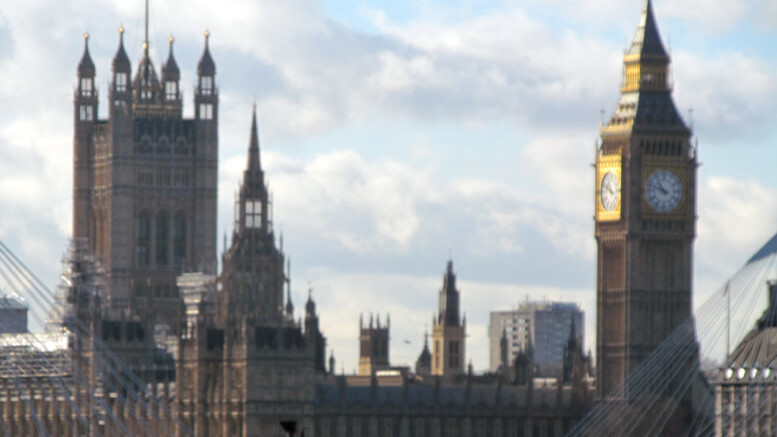 If there was ever a phrase that showed how ignorant the UK’s Brexiteers were – and still are – then this is it.

The huge global drop in the value of the pound shows them what they clearly were too ignorant to appreciate before the UK referendum and which they still do not appear to have learned: that in the globalised 21st century, very few powers are left which nation states can even attempt, individually, to control.

The turnover, if not the profits alone, of many global conglomerates exceed the gross domestic product (GDP) of probably most of the world’s independent nation states.

Even if an aspect of life – or the economic activity – in a particular nation is not apparently covered by law, then trade takes control away from governments and politicians. The US may not, per se, have ‘gone metric’ – but in order to trade (and profit) from a worldwide market, that country’s automotive industry has been obliged to adopt common standards … metric ones. (For those who are old enough, think VHS versus Betamax …. No politician, anywhere in the world, had anything to do with that.)

Whether or not the UK is in the European Economic Area or not, the country’s organisations will have to conform to standards set elsewhere if they want to work internationally. England, Scotland and Wales may be an island but we cannot be insular.

Business will have to adapt and compromise – regardless of what any MP in Westminster may say. Wake up, Theresa May, David Davis, Boris Johnson and Liam Fox: international commerce (reinforced by the digital age) has rendered you impotent.

We have yet to develop global institutions that mirror and can influence (as controlling them may be too optimistic) the world’s bigger corporations.

(A few years ago, a friend produced printed newsletters. He wanted one print run for readers in the US and Europe. The custom ‘letter’ size paper used in the US is too wide for filing cabinets in Europe. The European A4 size is too tall for filing systems in the US. That publisher had no commercial alternative but to compromise – to a custom size that was ‘EU wide’ and ‘US deep’. No politician had anything to do with that. The example may appear trivial … but it is a manifestation of the reality that the diminution of ‘control’ is directly related to globalisation.)

We may not like globalisation. We may feel threatened by it. We may be scared of diversity and people who seem different (even thought they probably have exactly the same worries as we do about putting food on the table, roofs over our heads, educating our children and caring for our aging parents).

We have yet to develop global institutions that mirror and can influence (as controlling them may be too optimistic) the world’s bigger corporations.

The EU was just one step towards this. It was young, just about 50. That we seem to have become so ignorant of history as to expect any governmental structure to have become mature so quickly is again a poorer reflection on ourselves than on the body we (as humanity) created.

Before the Brexit (‘advisory’) referendum, the UK represented the fifth biggest economy in the world. Now the country is accelerating towards becoming the 15th or even the 50th. The more Westminster politicians and some protest groups shout about ‘regaining control’ the quicker that decline is likely to happen – because others will bully us (and who can blame them?).

Every piece of EU legislation enacted during the UK’s 40 years in Europe will automatically be reinforced as a UK law.

Prime Minister Theresa May has already said that her ‘great repeal bill’ will only actually remove one act of parliament, that taking the UK into the EU. Every piece of EU legislation enacted during the UK’s 40 years in Europe will automatically be reinforced as a UK law. Surely, for the Brexiteers, that represents total surrender rather than any reclamation of ‘power’? They have gone quiet.

If the UK citizenry or electorate wants any influence, let alone power, then Westminster has no option – as some of those there now realise – but to grasp the very toxic political nettle and reject the ‘advice’ of the referendum. (It is not, Mr Davis, in any way a ‘mandate’; that you say so could be regarded as misleading the House. It may not be that, quite, but the remark is well on the way to being disingenuous and self-serving in a way that is perceived, at least from here, as wholly unbecoming.)

So, please ministers, stop for a moment and, however painful the process may be, accept that you as politicians and the UK collective has almost no control to take back.

Collaboration, as capitalism tacitly shouts, is the only way forward. Isolation and insularity are the fast routes to economic oblivion – as the falling pound so forcefully confirms.

The logical conclusion is staying in the EU for the benefit of everyone – and fulfilling the long-term tacit obligation on governments of protecting the populace from its own stupidity. Nothing new there then ….