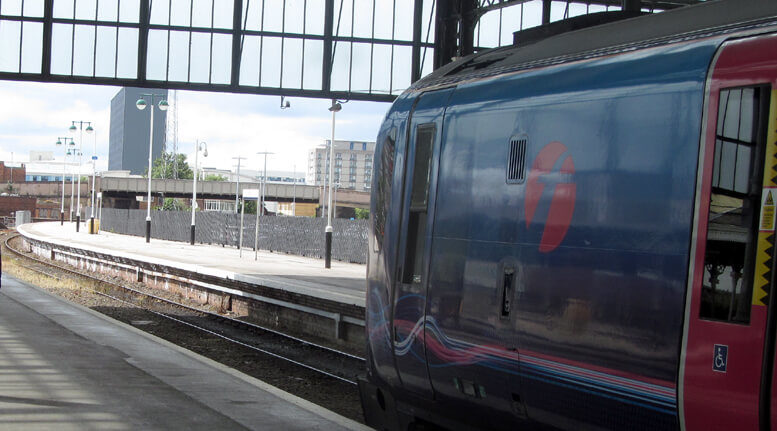 IF the UK government wants to stimulate the so-called ‘Northern Powerhouse’, they only have to take two very simple and straightforward decisions.

The first is to introduce universal rail fare pricing based on distance, at a reasonable rate per mile, rather than rely on local subsidies.

The metropolitan councils that kept power devolved provide some subsidies – within their own jurisdictions. Cross the artificial frontiers between, say, West and South Yorkhire or from Yorkshire into Greater Manchester and train fares increase beyond measure.

Similarly, getting from Leeds to Newcastle-upon-Tyne – in the old Tyne-and-Wear met county – means passing through the (shire) county of North Yorkshire where nearly all public transport costs significantly more.

Such anomalies are virtually unknown to those who rarely leave greater London.

They also benefit from living in the only part of England where privatised bus companies are granted contracts to run services for which they are paid management fees.

Nearly 40 years ago in West Yorkshire, rail and bus services were linked. Pre-payment tickets were accepted anywhere. Bus drivers didn’t handle cash or give change. If you paid on the bus, you got a ticket, that was all. Others put their SaverStrips into machines that went ‘kerr-ching’ and cancelled the relevant number of 10p bands to cover the journey.

Similarly, before privatisation, the routes had remain unchanged for decades. Everyone knew where the bus stops were and where the buses went.

In Bradford, for example, bus use decreased dramatically as soon as the first route changes were made. Commuters turned to their cars. The wear-and-tear on the roads increased – needing increasingly costly maintenance – and the city centre didn’t have enough car parks. The air quality decreased as more exhaust fumes were pumped out during the daily ‘rush’ hour traffic jams. The economy and environment suffered – in the name of ‘efficiency’ and because ‘private is good and public is bad’.

(Those self-same met counties – like the Greater London Council (GLC) – were abolished because a former Conservative prime minister couldn’t cope with the concept that a representative democracy needed a healthy tension between different layers of government. Their revenue raising powers were centralised, so Westminster paid these pipers and called their tunes.)

So, getting from Leeds to Manchester by train costs a working age adult about £20 return, ‘off peak’. The distance is about 40 miles and the journey time is about 50 minutes.

Similarly, the trip from Leeds to Newcastle is about 100 miles, takes 90-some minutes but costs at least £40 return for most passengers.

Getting from Epping, in Essex, at the eastern end of the London Underground’s central line to Shepherd’s Bush, a journey of about 35 miles takes an hour and costs £3.50 each way off peak using an Oyster card.

Making those trains go faster would be disproportionately expensive. For someone with such a costly education, former chancellor George Osborne showed a remarkable ignorance of the topography of the Pennines, made more ironic as his constituency – Tatton – is not far away, in cosy, suburban Cheshire.

The routes of chosen by the Victorian railway engineers followed the contours of winding valleys as they slowly climbed towards elevations where tunnels would be shortest and least costly, both financially and in terms of the lives lost during their construction.

No train can go round corners too quickly. The laws of physics – did you do physics at school, Mr Osborne? – mean that if they try, they derail. Not only is that potentially dangerous but it’s disruptive and delays others even longer than travelling at a steady 40mph, for example.

So, shaving a few minutes off the journey time is economically impractical.

The current franchise holder for the fastest route between Leeds and Manchester and its predecessor have squeezed more trains in per hour. Evem so, too few seats go each way every hour.

Additionally, the intervals are irregular and for most of the day, each train is formed of a single three-carriage diesel unit. Overcrowding is inevitable, almost all day every day.

So, the second decision concerns removing one of the ‘profit-centres’ from railway privatisation.

The train operating companies (Tocs) cannot really be blamed. Their eyes are on their profits. However, they are not allowed to own the trains they use; these have to be leased from Roscos – the ‘Rolling Stock Operating Companies’.

(The third ‘profit-centre’ is Network Rail, which owns and maintains the ‘permanent way’ and many larger stations.)

Not surprisingly, the Tocs don’t want to have to lease trains that are either going to run backwards and forwards, incurring maintenance costs, without as many seats full as possible or pay for train units that sit in carriage sidings earning nothing between the morning and evening peaks.

The law of supply and demand cannot be applied to the railway or buses. Hundreds of thousands of people need to get to work between about 7am and 9am and home again between about 4pm and 6.30-7pm. Once they’re at work, relatively few of them move from their offices.

Railway capacity in the UK is based on trains occupying sections of line. A section is occupied regardless of whether a train has 12 carriages, capable of carrying several hundred people in relative comfort, or two or three, where nearly everyone has to stand.

Ergo, lots of trains are needed at those times but not at others. They have to be paid for. The Rosco way is the wrong way – because commuters are packed in like sardines and, at other times, travel is so uncomfortable that there’s no incentive to go from Leeds to Manchester, for example, unless you really do have no other choice.

So, how do you encourage more people to move between the great cities of the north? Abolish the Rosco system so the train companies can run 12-carriage trains every quarter hour, approximately, and limit the fares to about £5 each way between one major city and £10 each way for two or more.

Transferring the burden from the passenger to the taxpayer removes the personal disincentive and deterrent. More people travel. The regional economies benefit. QED. Or perhaps – because a little psychology is involved – that’s either too simple or too confusing for the beancounters who determine too much of government policy everywhere these days.