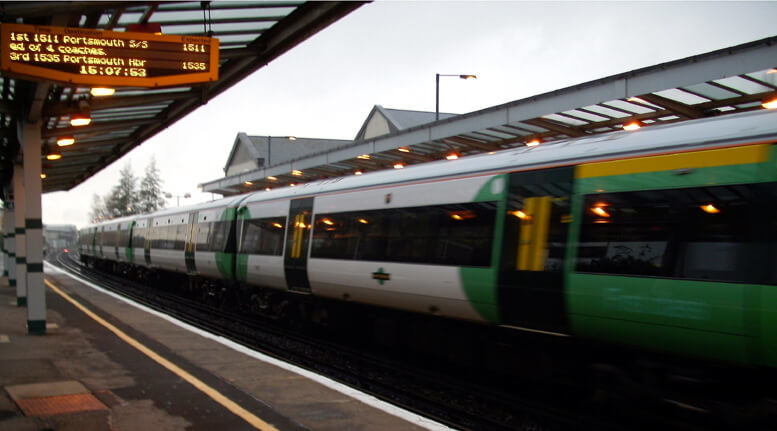 ON GUARD: Govia, the company that runs Southern Trains in England, has been in dispute with the RMT union in a clash between cash and safely. Picture: (c) AsPerceived 2008.

Posted By: As Perceived Reporter October 5, 2016

UK transport secretary Christopher Grayling could not have been more poorly informed and briefed when he said that industrial dispute involving one of England’s busiest train companies was ‘all about who pushes a button to close the doors’.

Mr Grayling’s comment came during a television interview from the Conservative Party conference in Birmingham.

The dispute involves the Rail, Maritime and Transport Union and Southern, part of the Govia-run Great Northern, Thameslink and Southern (G’n’Ts) operating contract.

The day before the strike, services on another part of the G’n’Ts route network were disrupted after one of their trains hit a herd of cows that had escaped onto the railway lines near Peterborough. Several animals were killed.

Trains on that route – which is also part of the East Coast Mainline – operated by Virgin East Coast, Grand Central and Hull Trains were also affected, with delays and disruption lasting for nearly 12 hours.

Those intending to travel from Leeds to London early that afternoon were diverted – via Sheffield.

In Leeds, the scores of passengers ready to occupy an eight-carriage train in Leeds were hoarded on to an already busy five-carriage diesel unit operated by Deutsche Bahn’s Cross Country Trains business.

That loading process took nearly 15 minutes and was only achieved because a guard was able to get off the train to walk along the platform, encouraging travellers to move along each carriage so that more people could get on.

Although despatchers from other companies helped, it would not have been sensible – or safe – for the driver to leave the train cab to do this job. Either passengers would have been standing dangerously in a heavily overcrowded train because no one had encouraged them to love or others would have been abandoned, to face further delays to their journeys.

As far as the train operating companies are concerned, revenue and profits are the focus while safety and service are but incidental.

The passengers heeded the guard-conductor because they knew he had safety responsibilities. Attitudes towards conductors regarded simply as glorified ticket inspectors would not have been the same.

The role of guard-conductors is already made worse, because they are regarded as personifying the officious and long-winded announcements about ticket restrictions that they are required to read by insensitive train-operating company (Toc) executives at the start of each journey. Such scripts are widely perceived by passengers as money-grabbing and sanctimonious, reminding them that as far as the Tocs are concerned, revenue and profits are the focus while safety and service are but incidental.

In emergencies, such as trains hitting cows for example, passengers are far more prepared to listen to instructions and advice from railway staff they know have safety responsibility and training. The respect and regard given to those they see as jumped-up ticket sellers will not be the same, so when emergencies do occur, the consequences could easily be more serious.

Mr Grayling and G’n’Ts company executives may say that such incidents are rare. That may be true. However, when they do occur, the probability of serious distress or injury may be exacerbated unnecessarily by a relative short-term and short-sighted attempt to cut costs. 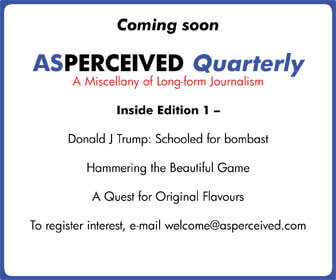 Unless drivers can quickly check each door with closed-circuit TV cameras inside the carriages before every departure, they will not see anyone standing too close to a door or overcrowding in vestibules. Leaving their cabs to make checks would both increase the stopping time and every station and be an unnecessary and unjustifiable safety compromise.

Lay passengers’ perceptions of danger may well increase as they become more aware of the risks that go with the removal of train guards. While incidents when guards are needed may be rare, the potential ramifications may be out of all proportion.

Ironically, Mr Grayling’s comments came just hours before his approach to privatising the UK probation service had been condemned by HM Inspector of Probation. Dame Glenys Stacey indirectly blamed the dogma of the then justice secretary for failing prisoners and increasing public dangers.

And, within 48 hours, Scotrail – which is run by Abellio, the overseas division of Netherlands Railways – had reached an agreement with the RMT that their guards would remain responsible for closing train doors.