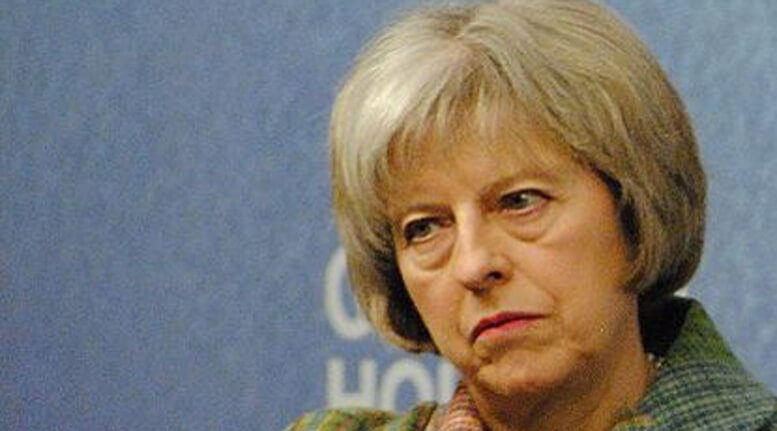 Posted By: As Perceived Reporter October 2, 2016

Happy Birthday. Being Prime Minister and reaching Downing Street in time for your 60th is quite an achievement, but rather than give you a present, would you give one to the country and the world: Could we get to know you, please?

Yes, you did have a proverbial baptism by fire. You probably expected to have the entire summer during the Conservative Party leadership election to think about who you would get to do what if you won. Instead, when Andrea Leadsome withdrew, you had just hours.

The speech in Downing Street after visiting Buckingham Palace that day in July made quite an impression. It sounded more honest and heartfelt and, thank goodness, far less sanctimonious than quoting St Francis of Assisi.

However, as actions can speak far louder than words, the hopes of old-fashioned ‘one nation’ Tories for a more socially responsible and compassionate Conservative government were dashed within hours. Your first cabinet appointments seemed to jar with the spirit of your speech; Liam Fox, Boris Johnson and David Davis cannot be regarded – however much one stretches the imagination – as being anything other than on the right of the party.

Yes, you may have been rushed, but keeping Jeremy Hunt in post as secretary of state for health seems questionable too. From well away from the Westminster village, one perspective is that Mr Hunt seems far too imaginative for such a delicate position. The legacy of his time at the Department of Culture, Media and Sport – Local Television – was largely unwanted and o far has contributed little if anything to the media or culture of the country. His dogmatic approach to a ‘seven-day’ health service seems romantic rather than realistic.

You say ‘Brexit means Brexit’ but, nearly three months into office and 100 days from the advisory referendum, no one still knows what you mean. The choice seems to be between remaining in the European Economic Area with no say over its decisions and continued migration or control over the movement of people and economic exile. If that’s the only option, then the ‘advice’ should be replaced by genuine leadership.

The UK needs access to the Economic Area, despite migration angst. The movement of people was not an issue when the UK joined the EU and it may well not be an issue again in 20 or 30 years’ time. Metaphorically cutting out throats to spite our faces over what will probably be a short-term difficulty seems a disproportionate price to pay for the economic stability and the safeguard against extremism that the Treaties of Lisbon and Maastricht provide.

Those reaching 60 now represent the first generation for 2,000 years that hasn’t been forced into uniform to go to try to kill our contemporaries on the European mainland.

Seeing a display of strong leadership seems unlikely, given recent allegations about activity levels during the run-up to the referendum to contribute to the Remain campaign.

Europe is about so much more than short-term economics. Those reaching 60 now represent the first generation for 2,000 years that hasn’t been forced into uniform to go to try to kill our contemporaries on the European mainland. Isn’t that worth protecting, whatever the faults of the neonate institutions established to try to maintain such peace?

(Expecting any form of governance to have progressed any further than infancy in 60 years is surely illustrative of an ignorance of history and politics and displays a naivete that is alarming.)

The UK has no written constitution. With the executive formed from a majority within the legislature, we have no effective checks and balances. The Conservatives have, since Margaret Thatcher’s reign, destroyed the healthy tension between local and national government by centralisation that is allegedly greater than anywhere other than one of the ‘Stans.

The only protection we have had against an elected autocracy has been the Treaties of Lisbon and Maastricht. Governance, as the US Founding Fathers so importantly recognised, must be based on the principle of distrust. This has been frighteningly undermined in the last half century; the dangerous effects became manifest in the claims and implicit xenophobia of the Leave campaign.

The similarities between the approaches of the apparatchiks around Margaret Thatcher and Ronald Reagan are also visible in the emergence of Donald Trump as a candidate for the presidency of the United States.

You have decades of electoral erosion to deal with, in addition to the chaos of Brexit. Politically, you are far more exposed; especially as you will no longer have the defence of blaming Europe when anything goes wrong, as it inevitably will.

You have inherited an economy that is dysfunctional, where incalculable sums are being squandered on covert subsidies (such as in-work benefits), the disasters of privatisation and public-private ‘investment’ partnerships, largely because of the mistaken dogma of ‘private good, public bad’.

Forty years in Europe has served the UK far better than many appreciated. Only after voting in the advisory referendum did many start to realise this. Now, if you really do have the best interests of the country at heart, you need to lead, to rescue the situation and uphold the ethos of your words in Downing Street in July.

Enjoy the day – and the year ahead.