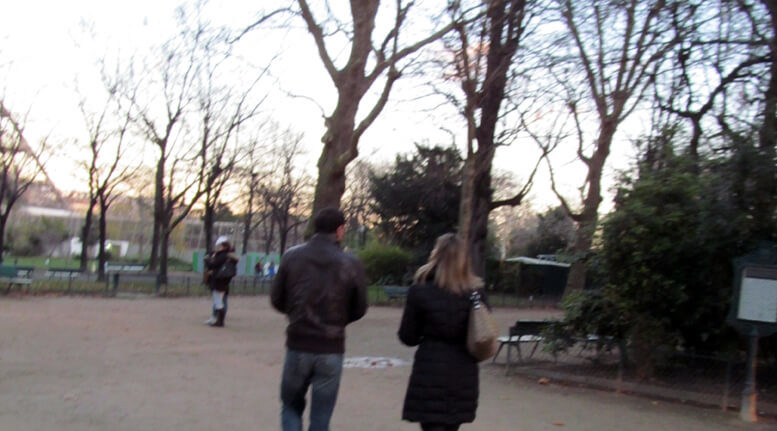 LEAVE OFF: Even before the end of August - in the northern hemisphere - thoughts can turn to winter coats and trees shedding their foliage. Picture: (c) AsPerceived.

SUMMERTIME may be when the living is easy, but what happens when it ends? Indeed, when does it end?

Inhabitants of the northern hemisphere – and denying that the world is extremely northernist seems impossible – face that question now.

One journalist, compiling television previews for a national newspaper in the United Kingdom, thinks summer ends with the arrival of the latest series of the Great British Bake-Off on BBC television.

As this is only the programme’s seventh series, becoming so established so quickly in one mind as a factor defining the arrival of autumn seems quite a cultural achievement.

For some of us who are older, the end of summer was marked by going back to school, even though ‘back to school’ offers may have been on display in almost every shop and shop window since the day we rushed to our freedom at the end of the previous term.

Then, about half a century ago, the return of Match of the Day was the television programme that came to be the psychological trigger for the dismay represented by leaving the relative luxury of the family home for the spartan living of a boarding school, the darker evenings and colder days.

Without quite so much global cash affecting ‘the beautiful game’, the season didn’t start until about mid-September, kicked off by the previous weekend’s match at Wembley Stadium between the winners of the FA and League cups for the FA Charity Shield.

While Barry Stoller’s memorable signature tune might not have appeared until 1970, but the link for me was probably established within two or three years.

Nowadays, footballers hardly seem to have had time to nurse tired hamstrings before they’re kicking off again while cricketers have to fight even harder, and seemingly less successfully, for scraps of public attention. The summer sound of leather on willow is continually drowned out or never heard.

September also meant the return of radio programmes that were weekly regulars for 10 months of the year, giving the impression that someone high up in the BBC had deigned to allow the producers and presenters – like teenage schoolboys – remission for good behaviour.

The conditioning of anyone’s formative years can be so deeply seated that it never diminishes over the decades.

Television schedules no longer reflect the seasons. The panel game formats that also used to be associated with the approach of autumn – such as University Challenge or Only Connect – have had their competition formats changed … so they are more complicated and the broadcasters get more shows per series. Now, their arrival coincides with the start of August instead. The same can be said of the Saturday evening contest shows such as (Strictly Come) Dancing (with the Stars) and The X-Factor.

Having regularly fled the UK during the first two weeks of September for most of the last 20 years, any opportunity for the depressing association between the Last Night of the Proms and re-incarceration at school has been avoided. The conditioning of anyone’s formative years can be so deeply seated that it never diminishes over the decades.

No longer does the collection of bales of straw from recently harvested fields of wheat or barley have such resonance. The UK’s seasonal awareness has long forgotten its agricultural roots.

And, unlike the United States where ‘summer’ was formally defined by the Memorial Day holiday in May and Labor Day on the first Monday of September, the UK – perhaps because of its maritime climate – has always hankered after summer days, especially when they suddenly appear late in autumn.

We’ll have none of the palaver about never wearing white outside those dates on the east side of the Atlantic, thank you very much.

The shorts that were de rigeur for schoolboys rushing for the open air in mid-July were replaced by thoughts of winter coats and long, woollen socks. Short-sleeved shirts are abandoned, the first, lighter pullovers are pulled out of chests of drawers, smelling of mathballs.

By then, the later dawns and earlier dusks were noticeable in the northern hemisphere. Attention was turning towards warmth, the first coal fires or, later, the central heating. Curtains would be closed. Nowadays, red wine replaces the crispness of a pre-prandial white.Looking out of a window in the mornings, dew is visible on the tops of cars.

In the shops, the latest retail fetish is Halloween, increasingly making its way from north America to Europe. Some still ignore it altogether, seeing September 1 as being the start of the ‘Christmas season’. At least, in the UK, the experiment of importing ‘black Friday’, the day after Thanksgiving in the US, seems to have failed and the idea abandoned.

Perhaps most ironically of all, the autumn episodes of Bake Off were recorded weeks earlier. The winner has long been known to the select few immediately associated with the programme, each sworn to secrecy until the broadcast final in three months’ time when popular interest in soggy bottoms evaporate once more.