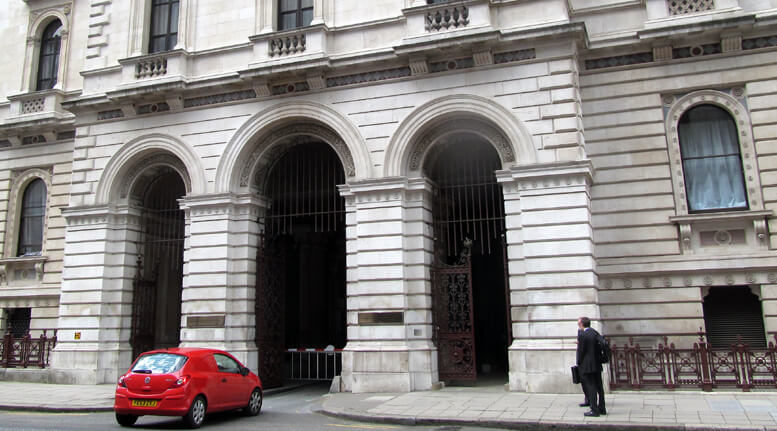 FACADE: The honesty of Boris Johnson's work as a journalist before he entered politics and became UK foreign secretary was raised by New York Times correspondent Gardiner Harris during a press conference at the Foreign Office in London.

THOSE who despair of Boris Johnson being appointed UK foreign secretary have a new hero.

Mr Harris challenged the former Telegraph Brussels correspondent about his truthfulness and his remarks about leading international figures during a joint press conference with US secretary of state John Kerry in London.

The event was being broadcast live by several news channels as well as being streamed online – and was quickly picked up by numerous news websites as well as the BBC and ITN for their early evening bulletins.

Mr Harris was among the US press corps traveling with the secretary of state.

Video footage includes Mr Harris saying: ‘I understand you don’t want to revisit the past, but you have an unusually long history of wild exaggerations and frankly outright lies, which I think few foreign secretaries have prior to this job.’

He also asked the secretary of state whether he ‘should believe’ anything the UK foreign secretary said.

Mr Kerry later said: ‘This man is very smart and capable’ to which Mr Johnson can be heard replying: ‘I can live with that.’

According to the New York Times, Mr Harris joined the paper as a science reporter having previously covered the pharmaceutical industry for the Wall Street Journal.

Writing about Mr Johnson’s track record as a journalist covering Europe, former Times (of London) foreign editor Martin Fletcher a month ago documented the influence he had had in trivialising all UK reporting of the European Union – pointing out that Mr Johnson had been ‘fired from The Times in 1988 for fabricating a quotation’.

In 2004, having become a member of parliament, Mr Johnson was ‘relieved of his duties’ as the Conservative’s then opposition arts spokesman by party leader Michael Howard over allegations that he had been less than candid about an extra-marital relationship.

While UK journalists were quick to reveal Boris Johnson’s catalogue of ‘unfortunate’ remarks and comments about senior political figures he would have to deal with after his appointment as foreign secretary, this highly visible reminder of his previous tactlessness can be a seen as a reminder for new prime minister Theresa May that his controversial past could still remain a future liability.

Hopes that journalists may tire of bringing up such incidents – especially as the video footage is so quickly available – is also probably over-optimistic.