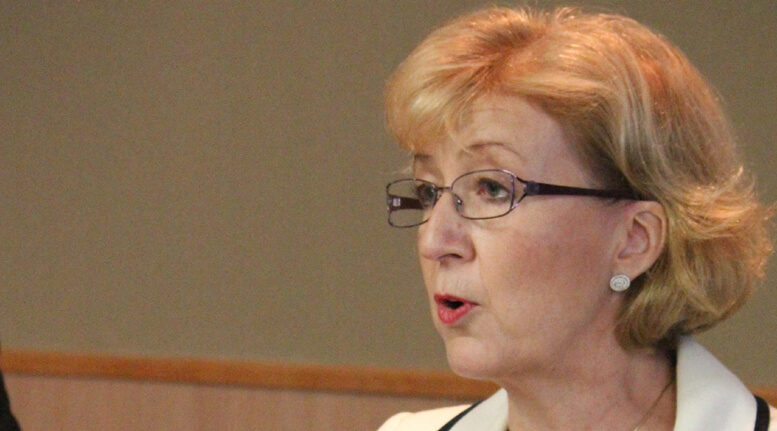 HEY ho, so you want to become prime minister and you walk into the viper’s nest that is dealing with a Murdoch newspaper and then express surprise at how you’re reported?

That Andrea Leadsum could be surprised at the way The Times has presented her interview over the Conservative leadership race can be seen as confirming suspicions that she is too naïve and inexperienced to become Prime Minister.

Dealing with Mr Murdoch or anyone of his news outlets requires great skill – or a skin so thick that you don’t worry about what is said or how.

Indeed, one strength of Labour leader Jeremy Corby that is not appreciated as much perhaps it should be is his approach to letting whatever the UK’s right wing newspapers say about him wash off, like the metaphorical water off a duck’s back.

Mr Murdoch – together with other editors and proprietors – can only have sway and influence over those susceptible and vulnerable to their actions, be they expressed over private dinners, at summer garden parties or through the columns of their newspapers.

Mrs Leadsum may say she was misrepresented – but journalist Rachel Sylvester is sufficiently confident of her own work to go on television to defend it. The audio recording of the conversation – released to broadcasters by The Times – makes Mrs Leadsum’s position even more uncomfortable.

By allowing a formal complaint to go forward, she can be accused of admitting – however implicitly – that she isn’t yet up to feasting with panthers such as Mr Murdoch and his ilk.

If they do this to her now, then they’re likely to walk all over her should she be elected by some 150,000 members of the Conservative and Unionist Party to be their leader and, de facto, prime minister of the United Kingdom of Great Britain and Northern Ireland.

The UK’s concept of ‘democracy’ has been devalued for decades by an inequitable electoral system that can be regarded as significantly to blame for the outcome of the EU referendum.

Whoever wins, Mrs Leadsum nor Mrs May can claim any legitimacy to take only one decision on behalf of the people of the United Kingdom until a general election – that they will ‘go to the country’ using the single transferable vote rather than the first-past-the-post system.

If neither recognises this and does not immediately make a pledge to introduce immediate electoral reform, combined with a commitment to the increased personal taxation essential to compensate rural and northern communities for the subsidies lost by leaving the EU, then neither will be considered a credible political leader by most of the electorate.

One lesson has however become clear – and that is that whatever the Conservative grassroots may think of Mrs Leadsum, she has a huge amount to learn about dealing with the UK’s right-wing national newspapers, their editors and proprietors.