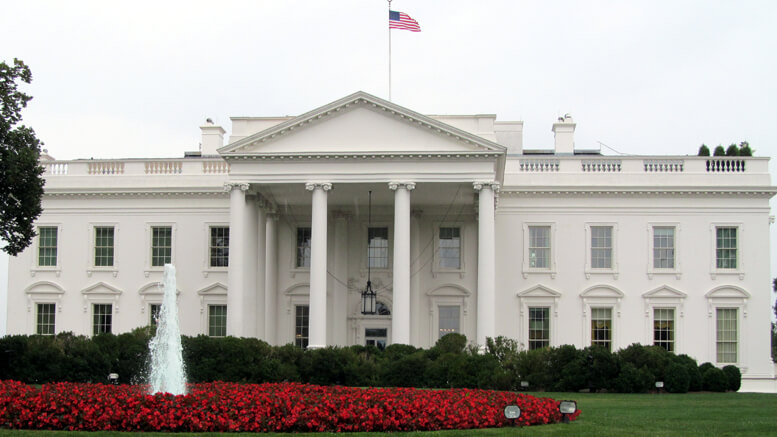 WHAT is it with Donald Trump? One ‘Washington insider’ told journalists that he is a creation of 24-hour television news and corporate greed.

Those who, especially in the UK and Europe, equate Fox News with such commercial priorities understand how the phenomenon has emerged.

The feelings of dismay that Mr Trump arouses are similar to the consternation felt over ‘news’ broadcasting that is not very carefully regulated.

The erudite left also feels apprehensive about how Mr Trump can be challenged and how some US television viewers can be encouraged to find out enough to realize that Mr Trump’s words, actions and attitudes are not always what the five-second TV clips would have them believe.

Perhaps the best deconstruction came, unsurprisingly, on The Daily Show. Although presented as comedy, the rigor of the journalism (and fact-checking) is the envy of many in the trade (whose employers do not give them sufficient time or resources to produce material of the quality they feel it should be).

A couple of days after John Oliver assessed Mr Trump on The Daily Show, the YouTube site showed that the video clip had been viewed more than 275,000 times while, in the UK, the Radio Times site, with a link, showed more than 35 million hits.

Mr Trump has aroused mixed emotions in the UK. His development of a golf course in Scotland provoked significant local opposition while some of his comments during his campaign so far attracted more than 400,000 signatures to an online petition calling for him to be banned from entering the country, a number that obliged MPs to debate the concern.

Hillary Clinton may say that America is already great, a remark that, by implying that greatness has been lost, goes on to suggest that Mr Trump is insulting fellow Americans.

The US is perceived in many ways elsewhere in the world – arousing admiration and confusion probably in equal measure.

The readiness of the impoverished in the south to vote for conservative policies that maintain oppression has long puzzled those on the left in Europe. That such individuals are enthused by Donald Trump reinforces that bewilderment.

The readiness of the impoverished in the south to vote for conservative policies that maintain oppression has long puzzled those on the left in Europe.

While the US primaries mean that voters can go to the poll without having too worry too much about the impact, many outside the US find even a remote chance that Donald Trump could be president as frightening.

For some who like him, this too may be appealing – but the fear would be for all the wrong reasons.

John Oliver’s television essay examined many of Mr Trump’s claims and the reasons various Americans had given in television interviews for why they find what they themselves see of him on screen to be attractive.

Mr Oliver dissected each forensically. However, the intellectual rigour of The Daily Show may be one reason for the demographics of its audience; they are probably not those who would do anything other than pour scorn on what Mr Trump advocates or weep at the prospect of any further political advance.

While some may regard this Tuesday as ‘super,’ others will remain disconcerted about what Mr Trump’s performance says about him, about the US and so many Americans.

If they want to (re-)discover greatness, then they may wish to consider encouraging greater political scepticism; quality only comes exhaustive quality control – and those who suggest that the US should be run as a business should look to history for the lessons that their ancestors had to learn very painfully indeed.

Efficient government is rarely, if ever, democratic. Businesses are rarely democratic. The voters of the US, especially those on the right, face a fundamental choice – between efficiency and democracy.
For others, who can look further back than 250 years, the struggle for government by and for the people was one that cost many lives.

Solace can be found in the US – because the founding fathers were sufficiently wise that they devised a structure that allows opposing views in the executive and legislature to produce the impasse that results when Congress and the White House disagree.

Although this US presidential election also represents the (s)election of the judiciary, because of seats on the Supreme Court that are likely to need to be refilled during the next administration, this tension may be more important than for many years.

Mr Trump is raising expectations – which, should he be elected, the structure should prevent him from fulfilling. This is not great reassurance but raised expectations are synonymous with greater disappointment.

For someone who claims such great business expertise, this could be a significant marketing blunder.

He is however very likely to cause excitement and dismay, probably in equal proportions, for the next few months. The producers of The Daily Show should make sure their budget coffers are well-filled; the world outside the US needs them.