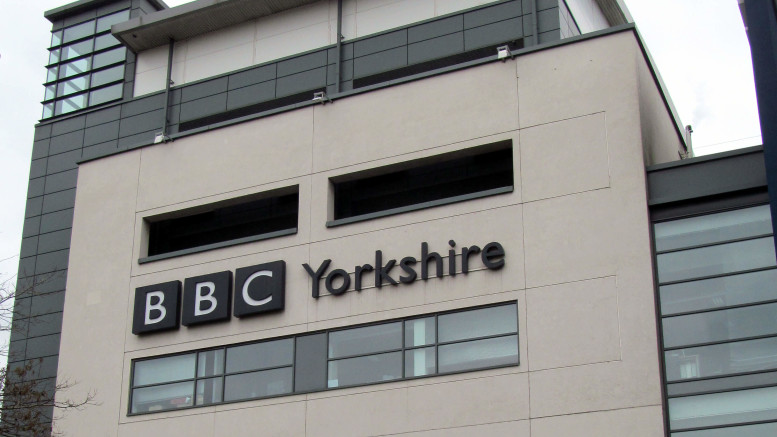 DIVERSITY: The BBC has an obligation to reflect the UK's 'nations and regions', not just the politics of Westminster. Picture (c) AsPerceived.

LITTLE doubt was left in the minds of the Love it or Lose it campaign meeting in Leeds that the BBC is under attack from all sides.

Speakers from unions in the Federation of Entertainment Unions, the Voice of the Listener and Viewer, Screen Yorkshire and the Campaign for Press and Broadcasting showed how government attempts to constrain the BBC would lead not only to a more poorly-informed electorate, but would undermine the cultural and economic health of the English regions and diminish the UK’s technological innovation.

Martin Brown, Equity’s assistant general secretary, said the current government doesn’t like the BBC. It was obvious that by asking a question about the size and scope of the corporation in last year’s green paper consultation, ministers were wanting the answer to be a corporation which is “smaller and does less”.

Professor Sylvia Harvey, a trustee of the Voice of the Listener and Viewer (VLV), said that although the licence fee had not increased for several years, by 2020, 40 per cent of its value will have been eroded, particularly by having to cover the cost of free licences for the over-75s. Dan Cooke, a national official for Bectu, added that this was likely to cost £750m by then.

Professor Harvey stressed the danger of renewing the Royal Charter every 10 years. “This gives the government far too much sway,” she said, “and the BBC needs far greater protection from the politicians”.

All the speakers found some reassurance in knowing that last year’s consultation by the Department of Culture Media and Sport had evoked nearly 200,000 individual responses, each of which had to be considered.

Although culture secretary John Whittingdale has publicly tried to question the validity of some, the quantity has added significantly to the Department’s workload and pushed back the publication of the follow-up White Paper and draft legislation by several months.

The BBC needs far greater protection from the politicians

Martin Brown said: “The government genuinely believes that market forces will provide everything citizens need, without any appreciation of the place of public service broadcasting in the culture or democracy of the country.”

BBC director general Tony Hall was being advised by Blairite former minister James Purnell, he explained, with the corporation making it easy for the government by parcelling itself into divisions which can quickly be privatised.

He said that, on the train from London, he had surprised himself by listing the five aspects of the BBC he prized most.

These ranged, he said, from The Archers – the BBC is now the only UK producer of radio drama, with the Afternoon Play on Radio 4 attracting audiences of 800,000 and some of the biggest stars – to regional news, the experimental and innovative music broadcasts of Radio 1 and Radio 6, Alan Bennett – because he was an example of how the BBC nurtured writers – and the public service poetry of the Shipping Forecast.

Unlike other broadcasters, the BBC has a responsibility to reflect the nation for the people of the nation. Output must come from parts of the country outside the capital – with some the biggest noise about the threat to the UK’s geographic diversity coming from the regions, especially Yorkshire.

After explaining how local dramas such as Happy Valley bring between £20,000 and £30,000 into Yorkshire every day during nearly 20 weeks of filming, Sally Joynson, Screen Yorkshire chief executive, stressed that the legacy of television in terms of visitor numbers can last for years; Last of the Summer Wine still attracts huge numbers of tourists to Holmfirth, decades after the programme first appeared.

She said: “The BBC has a fundamental role in the development of talent and the technical workforce. It takes risks which the commercially-driven broadcasters cannot do – not just on screen – and the result has been exemplary. Who takes on this mantle for the next generation?

“The BBC contributes in so many areas of life in ways that are head and shoulders above any others.”

If the BBC is to survive as a broadcaster and producer, investment in research and development must continue – because technology reigns supreme.The meeting heard that the BBC must retain its role as a world leader, making its successes universally available.
The corporation developed the iPlayer technology now taken for granted by so many, made Digital Audio Broadcasting (DAB) practical, rescued Freeview after ITV’s failure and then, single-handedly, created Freeview HD.

The BBC, said Sally Joynson, has to be thinking about how people will watch TV in five, 10 or 15 years’ time.

The Leeds meeting could not have come on a more awkward day for the BBC if the organisers had tried.

That morning, Dame Janet Smith published her long-awaited report on the activities of Jimmy Savile and Stuart Hall while both were working for the Corporation. Sally Joynson said: “The BBC has an incredibly talented staff, dedicated and committed to providing first-class output. The antics of a few individuals should not count against these others.”