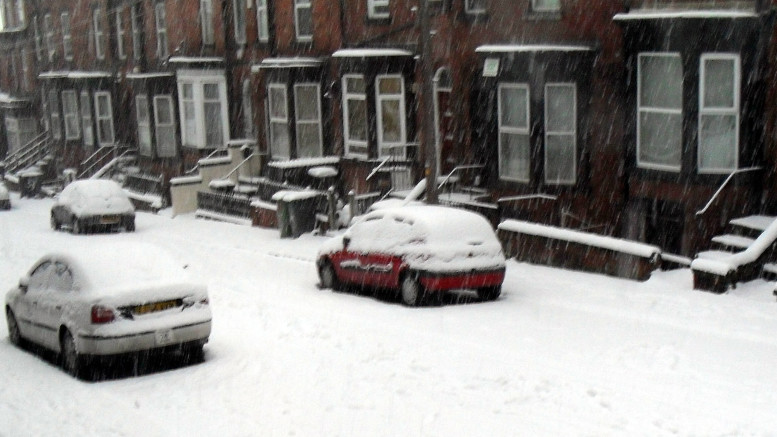 KEEPING WARM: Evidence from past weather-related curfews suggests a baby boom is only nine-months ahead. Picture: AsPerceived.

MATERNITY services in US states affect by this weekend’s great snow storm could well find their workload reaches a consequent high in late October and early November.

Evidence from previous similar shutdowns suggests that the birthrate there in nine months time will be far greater than the average for that time of year.

Localized birthrates frequently increase after shorter power outages keep people indoors – so a lockdown of at least 48 hours could well see an even greater number of births later in 2016.

As well as thinking well ahead about planning staff vacations in the healthcare sector, retailers would probably be well advised to make sure that supermarket shelves are well stocked with diapers, baby wipes and similar infant requisites in October and November.

Bearing in mind the focus on promoting Halloween-themed merchandise at that time of year, no doubt diapers decorated with pumpkins or witches’ hats will appear somewhere.

With some parents calling their children after the places where they were conceived, the challenge may be to choose a name that reflects when this took place – so “Jan” could perhaps be among the most popular.

Those professing the Christian faith could well find answers among the saints whose names are linked with these days in January.

With so many to use or adapt, none of those who discover that their on their way to parenthood in the next few weeks as the pregnancy tests or other evidence opens their eyes to the longer-term consequences of the snow fall, should be at a loss for a name for the new arrivals.

The word of the storm appeared to be ‘hunker’ – which the Oxford Dictionary defines as either bending forward or applying oneself rigorously to a particular task. Many TV presenters appearing ‘on camera’ as they cover the snow seemed to be using it in the context of another misapplied metaphor ‘battening down the hatches’.

However, with the prospects of an October baby boom already on the horizon, perhaps another meaning for the word has now become apparent.