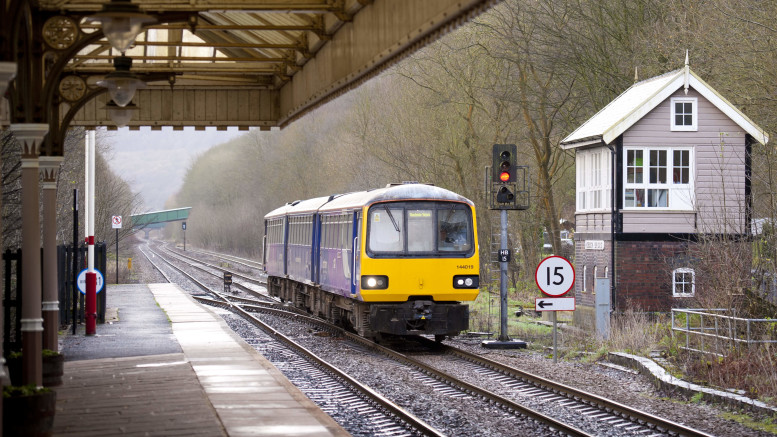 PHASED OUT: Pacer trains introduced in the 1980s are to be phased out by 2018. Photo: Northern Rail.

THE UK’s crazy privatised railways structure means that new trains for the local franchise for the north of England are having to be bought and financed by an Asian leasing company.

The Arriva division of Germany’s state-owned railway operator Deutsche Bahn (DB) takes over the Northern Rail franchise from the joint venture between outsourcing giant Serco and Netherlands Railways’ overseas division Abellio in April. Arriva’s headquarters are in Sunderland, in the north east of England.

The new units will be manufactured in Spain by CAF.

All should be in service by December 2018.

‘The combined diesel and electric fleet ranges from well–established rolling stock, that has benefited from continuing Eversholt Rail investment, through to some of the newest fleets introduced Eversholt Rail’s rolling stock fleets operate exclusively in the UK.’

Pacers were built by British Rail as a stop-gap in the 1980s as a stopgap between older DMUs being retired and plans for new rolling stock with working lives of no more than 20 years.

According to Simon Bradley, writing in the Yorkshire Post, after elderly Pacers were tested in countries as far from the UK as Malaysia, Thailand and Indonesia, redundant stock was bought by Iran.

‘Until recently,’ he observed in October 2015, ‘the suburban lines around Tehran were the stamping ground of these fuel-efficient, non-air-conditioned units, a surprising initiative by an oil-rich country with maximum summer temperatures approaching 100F.’