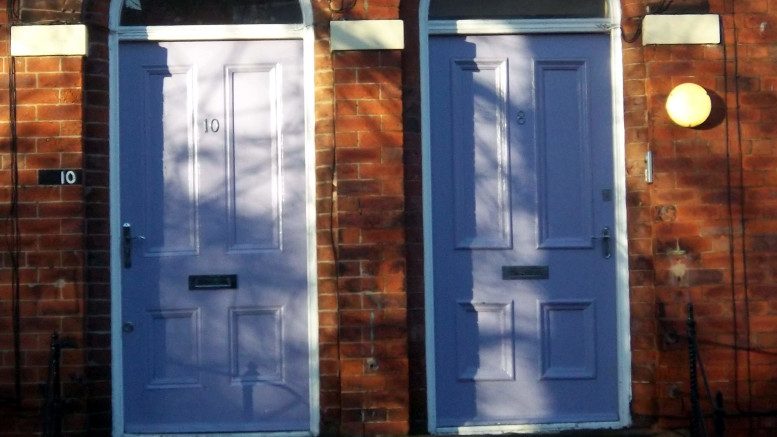 SHUT THAT DOOR: Major property owners in the UK face the prospect of accepting that buying paint can be a political decision.

SECURITY giant G4S has again hit a crisis of public credibility – this time over a decision by a housing contractor to paint the front doors of all its homes the same colour.

The properties – in the north east of England – are reportedly owned by Stuart Monk. His company – Jomast – has a contract with G4S to provide accommodation for asylum seekers.

Like many housing organisations, Jomast has said it buys paint in bulk to use on all its homes.

However, the practice – which is widespread among major landlords – does mean that their properties are very easily identifiable.

Not far away, in Leeds, those belonging to one property organisation are identifiable by their coloured doors while others all have number plaques the same.

G4S has been questioned about the practice in the past eliciting claims from local political activists that it would not be changed.

However, just as the occupants of, predominantly, social housing elsewhere could be easily identifiable; the coincidence of the ownership and a particular group of vulnerable residents in the Teesside area of England has raised public relations as well as property management questions for Jomast and G4S.

One local Conservative MP said he suspected ‘they got a job lot of doors or paint and just didn’t think about it’.

While those responsible for the initial purchase of paint and its use may well consider thinking about the wider public and political implications as ‘above their pay grade’, senior managers at Jomast and at G4S should have been aware of such ramifications – and the activities of their employees and contractors.

Whatever the immediate political fall-out, G4S directors and executives find themselves once again exposed to allegations of arrogance and insensitivity.