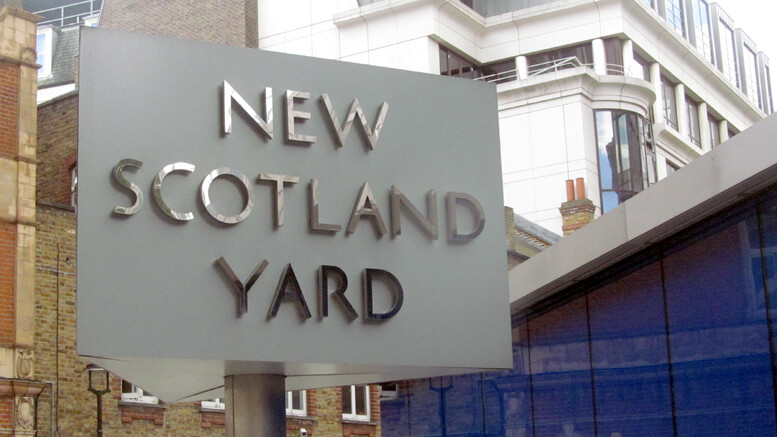 POWERED UP: London's Metropolitan Police are just one of 48 organisations that now have legal rights to snoop on individuals' internet use. Picture (c) AsPerceived 2016. All rights reserved.

Posted By: As Perceived Reporter December 2, 2016

The IT industry was among those fearful of its implications.

Lee Munson, a security researcher from Comparitech.com, said: “Privacy advocates, and an increasing proportion of the rest of the population, may well be concerned, however, that the so-called ‘Snooper’s Charter,’ for so long championed by new Prime Minister Theresa May, has now been passed by the House of Lords.

“It means law-abiding citizens across the country could now see their web browsing history stored for a year, and GCHQ and others will be able to intercept online communications with ease, and what appears to be very limited oversight.

“So, whether citizens have anything to hide or not is no longer for them to decide – their government will do it for them.”

“Requiring tech companies to record and store data on what consumers are doing online and potentially making it accessible to the government is a gross infringement of an individual’s right to privacy and a logistical nightmare for the tech industry,” he added.

Many “ordinary” citizens remain politically passive – until something happens close enough to them to jolt them into activism, and activism has so often in history been interpreted, rightly or wrongly, as a threat to the state.

The implication remains that the political elite want an electorate that is compliant (further reinforcing perceptions that they are either further out of touch than many had realised or that they have few if any genuinely democratic instincts).

The IPA found its way on to the statute book two weeks before the death of Fidel Castro provoked what one journalist friend described as the “vitriol” of many newspapers and the broadcast media.

“I have,” he said, “been to Cuba five times and don’t recognise the descriptions of repression portrayed by the media.

“There are 11 million people in Cuba, and 7 million are members of local CDRs – Committees for the Defence of the Revolution.

“They are the lowest level of Cuban democracy. If a bloke is beating his wife and kids, if someone has a drink problem, or other problem, the local community CDR is the first line to offer help.

“And it goes up from there. There are more elections in Cuba per year than Britain has in 10. Candidates don’t stand as representatives of a political party. They stand on their record of service to their communities.

“The media has talked about Cuba’s economic problems without referring to the US blockade which has caused them, and maintains them.”

While commentators were quick to make comparisons between repressive regimes in the Middle East and Cuba under Fidel and Raoul Castro, few if any have seem to have given any indication of where the IPA places the UK on the world human rights league table.

Without a written constitution, most protection for individuals in the UK is currently provided by European human rights legislation and the European courts.

The enthusiasm for Brexit and replacement domestic human rights measures is such that the trajectory of the UK towards a state which affords its citizens little if any security against autocracy and repression seems to be largely unnoticed – at a time when alarm bells should be ringing more loudly than for decades.