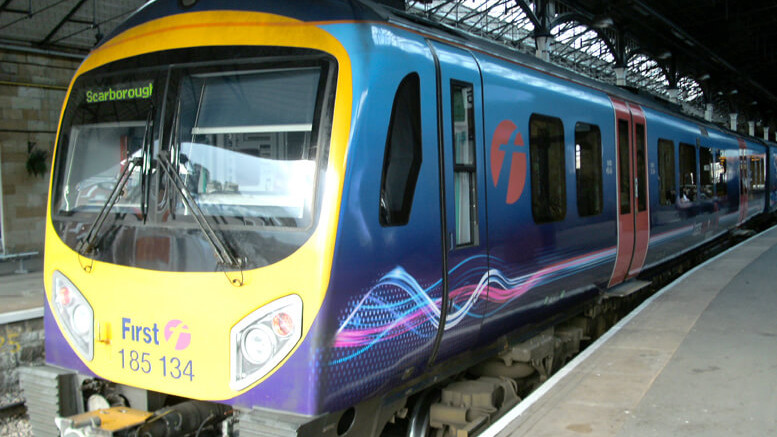 SOLE OPERATOR: First Group will operate Transpennine rail services in the UK alone - rather than in partnership with SNCF overseas division Keolis.

Posted By: As Perceived Reporter December 9, 2015

THE Germans have beaten the Dutch to run local rail services across the North of England – while the French involvement in transpennine routes will end.

The UK Department of Transport has announced that Northern Rail services, currently run as a joint venture between the overseas division of Netherlands Railways and Serco, are being transferred to Arriva, now part of Deutsche Bahn.

First Group will run transpennine services alone, rather than in partnership with Keolis, the overseas division of France’s state-owned SNCF,

Although Arriva welcomed the announcement by saying that fares would not increase, questions remain about whether the greater costs associated with extending capacity and attracting more passengers would actually bring in sufficient cash, particularly in light of the Department of Transport’s track record in assessing franchise applications.

First, based in Scotland, has also pledged to turn the transpennine franchise from one being subsidised to a profit-making venture.

Once again, the contractors who paint trains and the providers of staff uniforms, as well as corporate websites, will benefit. First Transpennine may not have much to do about rebranding, other than removing all references to Keolis.

Arriva – whose reputation as suffered a few years ago before the company was taken over by Deutsche Bahn – chose a livery for its cross-country services that disguised the heritage although, like much of its empire, acknowledgement that the firm is ‘a DB company’.

Arriva also runs train services in Wales and, through its DB Schenker subsidiary, is one of the biggest freight carriers in England, Scotland and Wales.

Station interviews carried out by broadcasters in the region confirmed that most passengers remain largely unaware of which routes are operated by each company, who owns the rolling stock or where strategic decisions are taken.

Supporters of the UK’s Conservative government who advocate that privatisation is more efficient remain weakened in their argument as the substantial Northern Rail franchise remains in the hands of an overseas state-owned organisation.

German-built Seimens class 185 diesel units are operated by the First/Keolis franchise but owned by Eversholt Rail. The leasing firm has been part of the HSBC empire but is now owned by UK Rails S.A.R.L., a company jointly owned by Cheung Kong Infrastructure Holdings Limited and Cheung Kong (Holdings) Limited.